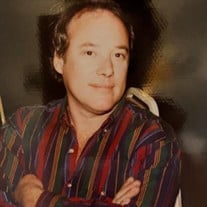 Lane Robert Yarnell passed away on November 10, 2021. He was 65 years old. Lane was born to Leon and Betty Yarnell on May 28, 1956 in Claremore, Oklahoma. Growing up he attended Claremore- Sequoyah, Claremore, and Foyil Public Schools. During his childhood years his parents raised cattle and horses. He enjoyed riding horses and tending to cows with his dad as a young boy, but his true calling was mechanics. After high school he began his career as a machinist. He worked at many companies over the years, such as Riley Southwest, and Eversharp Tool. Lane started and ran his own business, LaneCo Tool, from 1980 to 2001. During his later years he retired and worked as a mechanic and handyman around the Foyil area.
Lane thoroughly enjoyed working on cars and tinkering on things in his garage. Some of his other hobbies included riding motorcycles, family camping trips and rock concerts with his wife Connie. He was also a history buff. Lane thoroughly enjoyed spending time with his granddaughter Indie, and had a special bond with her. He was a selfless person and would do anything he could for anyone.
He is preceded in death by his father Leon Yarnell.
Lane is survived by his wife Connie Yarnell; mother Betty Yarnell; daughters Layna Layton and husband Clay, Lori Yarnell-Boyd and husband Tim Boyd; son Lance Yarnell; brother Lynn Yarnell; and grandchildren Cash, Arabella, and Indie.
Lane's memorial service will be 2:00 p.m. Friday, November 19, 2021, at MMS-Payne Funeral Home Chapel in Claremore.
To order memorial trees or send flowers to the family in memory of Lane Robert Yarnell, please visit our flower store.