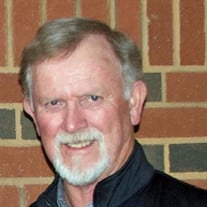 Funeral service for Larry Dean Bowman will be 10:00 a.m. Monday, May 17, 2021, at First Baptist Church of Chelsea. Burial will follow at the Winganon Cemetery. Visitation will be at Chelsea Funeral Home on Sunday, May 16th, from 1-6 p.m., with family receiving friends from 4-6 p.m.
It was on Wednesday, May 12, in Chelsea, OK where Larry was called home to be with The Lord after his 2-year battle with cancer. He was 78 years old.
Larry was the only child of Lyle Bowman and Edith (Hart) Bowman. He was born November 8, 1942, in Winganon, OK. Larry was baptized on August 31, 1952, at the Winganon Baptist Church by Pastor Henry Haynes.
During his childhood years he attended school in Winganon and Talala, before graduating from Chelsea in 1960. In Chelsea, Larry and Barbara Mooney met and married for eight years. They had two children.
In 1973, Larry met the love of his life, Judy. They were married in Fort Smith, Arkansas, on August 17, 1973, together they had one child and began a lifetime filled with love, family and adventure. The couple were longtime residents of Broken Arrow, Oklahoma. They eventually moved to Grand Lake where they enjoyed retirement, often hosting family and friends at their lake home. In 2006, Larry and Judy moved to their final home in his home town – Winganon.
Larry's passion was for anything with wheels. His professional career was driven by that passion and culminated in a lifelong career in the automobile industry. He worked many years transporting Ford vehicles for Auto Convoy/ Allied Systems lastly being in Kansas City, MO. During his career as a transporter Larry had many co-workers who turned into lifelong friends who he considered to be his brothers. His employers and supervisors recognized how special Larry was by honoring him with many awards before retiring in 2000. He was a member of Teamsters Local 41 in Kansas City, MO.
Larry enjoyed spending time with family and friends, he would tell you his children and grandchildren made him proud. He enjoyed fishing, hunting, “playing” on his Kubota tractor and you could often find him sitting around the sequence board. Larry was known as the man who knew something about everything that could show up at a garage sale or flea market.  His early morning garage sale finds and booths hosted at flea markets are legendary and, if it was a bargain, he grabbed it and brought it home to Judy. After his retirement, he and Judy frequently traveled to Colorado and South Texas where they vacationed with friends in their RV. After returning to Winganon, wanting to stay busy as he grew older, he could be spotted socializing and “helping” out at his son Troy’s shop - BWS Welding and Fabrication. He grew fond of the “guys at the shop” and enjoyed winning at a hand of poker during their lunch hour.
Larry is preceded in death by his parents, Lyle and Edith Bowman, and his wife Judy and stepson Keith Cook.
He is survived and will be deeply missed by his children, Angela Hayes and Danny of Chelsea, OK, Troy Bowman and Janet of Nowata, OK, Kristi Holmes and James of Winganon, OK, Kandace Bell of Tulsa; OK. grandchildren: Kyle Hayes and Lacee, Dustin Hayes, Dylan Hayes and Cheyenne, Jessica Bobeck and Brody, Hunter Bowman and Sierra, Hayley Bakovic and Davor, Alexis Holmes, Blake Holmes, Kassie Stafford and Dylan Spoon, Amanda King and Mekko, Shelby Cook; great-grandchildren: Adasyn Hayes, Tynlee Hayes, Dalton Hayes, Gracyn Hayes, Skyler Malone, Junior King, Morgan King, and one on the way; Abram Lyle Bowman, his aunt, Norma Jean McGill, plus a host of family and friends.
To order memorial trees or send flowers to the family in memory of Larry Dean Bowman, please visit our flower store.