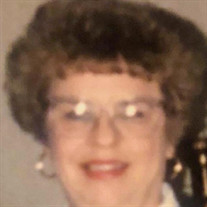 Margaret Ann “Peggy” Murawski 82, of Claremore passed away Saturday December 11, 2021. She was born in Housatonic, Massachusetts January 9, 1939 to Stephen and Rita Boldyga. Peggy was the oldest and only girl out of 3 children. She graduated Valedictorian from high school in 1956.
After graduating, she attended St Luke School of Nursing where she graduated in 1958, also as Valedictorian. Upon graduation, she started her career in Boston at Brigham Young. Later, Peggy and a few fellow classmates decided to make a cross country adventure to take nursing jobs at Stanford Palo Alto Hospital in California. While there, she met a sailor in the US Navy named John Murawski. The two were married January 5, 1963. That same year the couple was transferred to Grosse Ile, Michigan. She was employed as a Registered Nurse for Riverside Hospital in Trenton, MI, till June of 1980, when she and her family transferred to Oklahoma when her husband was given a new a career opportunity with American Airlines. She and her husband resided in Claremore since then, where she had many lifelong friendships. She continued her nursing career at Hillcrest Hospital in Claremore until she retired in 2000 to care for her husband before and after his kidney transplant.
She enjoyed arts and crafts, cooking, gardening, and her children and grandchildren. She spent a lot of time taking care of other people and always put herself last. Some of her other passions included wedding planning, decoration and flower design. She has coordinated many weddings for friends and family. She never met a stranger and was loved and adored by all who knew her.
Margaret was preceded in death by her husband John, parents Stephen and Rita Boldyga, and brother Robert Boldyga.
She is survived by brother John “Jack” Boldyga, daughter Nancy Massey, son David Murawski and his wife Janis, daughter Beth Reynolds and her husband Curtis; grandchildren LaDawn, Lauren, Meagan, Kris, Nick, Sarah, CJ, Makenzie, Savannah and Bella. She also has 14 great-grandchildren and a number of in-Laws and nieces and nephews.
To order memorial trees or send flowers to the family in memory of Margaret Ann Murawski, please visit our flower store.