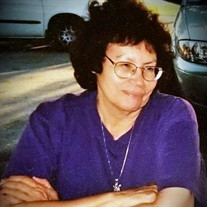 Nellie Keener Buffalomeat was born on April 18, 1941 in Hulbert, OK to Walter and Lizzie Keener, full blood Cherokee. She passed away on April 23, 2020.
Nellie was cremated at Musgrove-Merriott Funeral Home and Cremation on May 1, 2020. A Celebration of Life will be held at Emmanuel Baptist Church in Claremore on July 10,2020 at 2:00 pm.
Nellie grew up speaking Cherokee and was proud of being able to share her knowledge of the Cherokee language and heritage. She graduated High School from Haskell Institute at Lawrence, KS in 1959. She started college at Northeastern State University in Tahlequah, OK then transferred to Arizona State University in Tempe, AZ to complete her Bachelor of Science in Education in 1974. She continued her education at the University of Oklahoma in Norman, OK to complete her Master’s Degree in Library Science in 1980.
Nellie’s career was with the Federal government and began as the Library Director at Sequoyah High School in Tahlequah, OK. After 11 years at Sequoyah, she moved to Crownpoint, NM to direct the Library at Crownpoint Elementary School on the Navajo Reservation for a school year. She then moved to Albuquerque, NM to direct the Library at Southwestern Indian Polytechnic Institute for 2 years. She returned to Oklahoma to work at Tinker Air Force Base to direct the main Library for 5 ½ years. To complete her circle, she returned to Haskell Indian Junior College Lawrence, KS in 1990 to direct the Academic Support Center to eventually retiring in 1996.
She was preceded in death by her parents Walter and Lizzie Keener, sister Betty Bruner, and brothers Arthur Keener and Tom Keener.
She is survived by her children Jay, Ray, Myrcine Buffalomeat and son-in-law Seth Howell; grandchildren Walter and granddaughter-in-law Regina, Caroline, Bill, Anthony, Samantha, and Kobe Buffalomeat; great grandchildren Isaiah, Jace, and Stella Buffalomeat, as well as many nephews, a niece, great-nieces, and a great-nephew.
In lieu of flowers, memorial donations may be made in Nellie’s name to the American Indian College Fund.
To order memorial trees or send flowers to the family in memory of Nellie K. Buffalomeat, please visit our flower store.