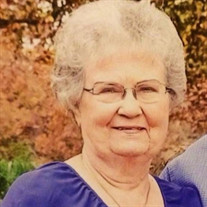 The daughter of J.O. and Lettie (Moore) Beaver was born on October 27, 1931 in Flippin, Arkansas. As a young girl she and her family moved to Claremore, Oklahoma. There she would attend Claremore schools graduating as a member of the class of 1950. It was also in Claremore while attending the Assembly of God Church that she would first meet, Don Dorsey. The two would begin dating and married on August 28, 1948. In the years to follow Norma would work part time at the school library, until accepting a job working for American Airlines. However after four short years, Norma and Don left American Airlines and followed their call to ministry. Over the next several decades Norma would serve at the side of Don. Helping in anyway she could at the church. She taught Sunday school, helped clean and even headed up the Woman's Mission group. A few of the places they pastured were Jay, Decatur, Mulberry, Truman, Poteau, and Owasso. They resettled in Claremore in the late 1980's.

In her spare time Norma had many hobbies that she enjoyed. She enjoyed shoping, and reading novels. She had great gift for sewing and crocheting. Making afgans and baby blankets for all her children and grandchildren. She was a loving women with a big heart and a beautiful smile who will be greatly missed.

She is preceded in death by her parents J.O. and Lettie Beaver; grandson, Mark Smith and sister, ElDean Thurman and husband Jack.

View and sign Norma's online memorial at www.mmsfuneralhomes.com
To order memorial trees or send flowers to the family in memory of Norma J. Dorsey, please visit our flower store.