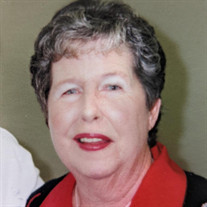 Patricia Ann Gibson was born on December 1, 1944 to Harry and Eleanor Bowdren. She grew up in Long Island, New York and Malden, Massachusetts where she attended school. Patricia spent her young career working as a nurse aide. In 1966 Patricia met Milford “Gib” at Jacks By The Tracks and the happy couple made their home in Malden before moving to Inola in October of 1977.

Throughout the years Patricia attended church at St. Pauls Episcopal Church and was a member of Inola Methodist Church. She was a loving homemaker. Her hobbies included raising a garden, canning food, crocheting, knitting, quilting, and cake decorating. Some of the other activities that she enjoyed were a bit more lively such as roller skating, camping, square dancing and clogging.

She is preceded in death by her parents; Harry and Eleanor Bowdren along with her brother Harry Jr.
To order memorial trees or send flowers to the family in memory of Patricia Ann Gibson, please visit our flower store.