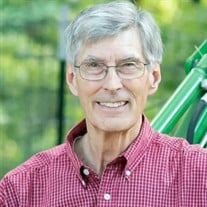 Service for Richard "Dick" Hendricks will be 10:00 am, Friday, September 17, 2021 at Destiny Life Church, burial will follow at Woodlawn Cemetery.  Friends may visit at the funeral home on Thursday from 3pm-8pm, with family receiving visitors from 6pm-8pm.
Dick passed away on Saturday, September 11th, 2021.  He was 79.


Dick was born July 25, 1942 in Claremore, Oklahoma to Richard Owen and Clara Etta (McKay) Hendricks.  He attended school in Claremore, graduating with the class of 1960, and continued his education at Oklahoma Military Academy.  During his college days, Dick played baseball at both Oklahoma Military Academy then transferring to play at OSU.  He was scouted to play for the Pittsburg Pirates and Minnesota Twins, however, he chose to stay in Tulsa and finish his bachelor's degree at the University of Tulsa.  Dick served 6 years in the Air National Guard before he was honorably discharged.  The Air Force pursued him to further his career after finishing first in class at weather flight school, but Dick had other plans.


His professional career began with Kerr-McGee after college and later North American Rockwell.  He also worked at Schering-Plough, Fluid Components and retired from Walvoil in 2009.  His work ethic and commitment started in fifth grade, earning money to buy his own clothes. He had a brilliant mind, inventing the day/night mirror utilized for semi-trucks.  And he never lost his interest in airplanes which led to him gaining his private pilots license which the used to take his family on exciting vacations.


On June 30, 1967 Dick married Judy Boyd.  The two met "dragging main street" in Claremore, he was a senior in college and she was a senior in high school.  One look at this tall handsome guy in a bright red Chevy Impala and the rest was history.  Claremore was home for the couple through the years and together they raised two children.


In his retirement, Dick never liked being idle, he enjoyed taking care of his farm, and all of the animals Judy would bring home — it was his new full time job.  His most cherished time was spent with his family, especially his grandchildren.  In 1971 Dick and Judy fell in love with the Rocky Mountains and found a spot outside of Durango they considered a second home for many years.  They spent time hiking, snow-skiing, and exploring the mountains.  Eventually that spot migrated to Angel Fire, NM, where they became a part of a community at Black Lake which they considered their second family.  Many stories can be told of him taking some frightening switchbacks, hiking 14’ers and truly enjoying God’s beautiful country in the mountains.  There was never a place the family traveled that he didn’t end up running into someone he knew.  His smile was infectious and he continued to make friends and tell jokes until the end of his life on earth. He was passionate about many things to include the Oklahoma Sooners, his high school classmates of 1960 (of which he met with on a monthly basis until recently), Rejoice Eagles and the Jenks Trojans where his grandchildren attend.  Dick departed wearing his favorite Sooners shirt just moments before kickoff Saturday night.


Those family members he leaves behind include his wife Judy; his children Kari Suttee and husband John, Clay Hendricks and wife Sara; his beloved grandchildren Anna Kate Hendricks, Isabella Katherine Suttee, Charlotte Ann Suttee, and Joshua Clayton Hendricks; his sister Donna Reynolds and a host of nieces, nephews, cousins and extended family members.  Dick was preceded in death by his parents Richard and Clara Hendricks.


Those who wish to honor Dick with a memorial contribution may contribute to The John 3:16 Mission, Christian Broadcasting Network or the local animal shelter.
To order memorial trees or send flowers to the family in memory of Richard "Dick" Hendricks, please visit our flower store.