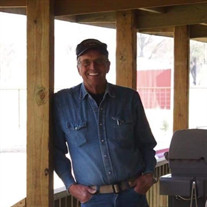 A graveside service will be held at Highland Cemetery for Robert George Cawrse on January 4, 2021 at 2:00pm.
Robert “RC” Cawrse passed away on December 21st, 2020 at the age of 77. Bobby was born in Akron, Ohio to Albert and Ethel Cawrse. He began driving trucks at a young age and continued for most of his life. He loved old trucks, cars, and working on just about anything. He later found joy in riding motorcycles and you could catch him out getting a milk shake or sitting on his porch with a beer on a nice day. Bobby enjoyed talking with friends and spending time with his family, especially his grandkids. He always had a big smile and a good (likely inappropriate) joke to share.  His larger-than-life personality and belly laughs will be missed dearly by his family and friends.
He is preceded in death by his parents Albert and Ethel and his wife Norma.
He is survived by his children Bobbie Sue, Kelly, Michael, and Sarah. His grandchildren Sydney, Rachel, Tristen, Seth, Brenden, Conner, Zoey, Aleina, and Acelyn, and his great-grandchildren Lennox, Jaxon, and Micco.  In leu of flowers the family has asked to make donations in Robert’s name to the Oklahoma Heart institute.
To order memorial trees or send flowers to the family in memory of Robert George Cawrse, please visit our flower store.