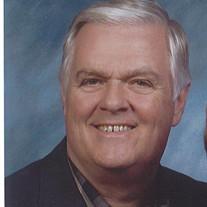 Bob Clark passed away peacefully at Saint Francis Hospital on August 24, 2021, at the age of 78.

Bob was born in Biloxi, Mississippi, on February 11, 1943, to parents Lauren and Wilma Clark. Due to Lauren’s job as a grain inspector for the government, the family moved several times in early years. From MS they moved to Enid, Oklahoma, where sister Marilyn was born; then to Galveston, Texas; Houston, Texas; and Memphis, Tennessee, where Bob graduated from White Haven High School and attended Memphis State University. The family’s final move was back to Houston.

Bob was a gifted salesman who enjoyed friendships with his clients and providing for their need for business products. His career started in Houston working for Data Documents when computers were big and tab cards were necessary. Next he transferred to Tulsa with Data Documents, and in 1974 he joined the H. G. Fleming Company where he was honored as a top salesman. In 1990 he began his own company, Clark Business Products, and expanded to include the sale of advertising specialties. He retired in January, 2021.

A man of many interests, Bob was an avid owner of Corvettes from the age of 18 to 75; a collector of model HO trains, especially in his later years when he designed and began building a large layout, as well as installing new equipment and repairing trains for others. Bob was also a collector of different models of Apple computers, Corvette decanters, special issue Jack Daniels bottles (seals intact), full-year collections of favorite hobby magazines, and many, many shirts. He was also a “Mr. Fix-It,” never giving up until he had devised a solution to a problem.

Bob’s was an early member of the Tulsa Vette Set, and he held the office of treasurer for 20 years. Perhaps he was best known for organizing and leading Fall Foliage tours in Oklahoma and NE Arkansas. For several years he led lines of beautiful Corvettes, ranging from around 20 to over 100 in a row, over winding scenic roads with every rest stop, restaurant, scenic overlook, and overnight accommodations planned in advance to safely handle the cars and passengers.

In the early 80’s he began his membership in NCRS, National Corvette Restorers Society. In 1993 Bob was honored as National NCRS Member of the Year for his work on the 20th Annual Convention held at Shangri-La. He published the monthly newsletter, The Sidepipe, for 30 years, just giving that job up in July, 2021. He filled many roles in the club with his knowledge of printing and advertising specialty items.

He was preceded in death by his parents and sister, Marilyn, who died of ALS in 2020. He is survived by his wife, Bonney, sister-in-law, Jane Bauchmoyer; brother-in-law Byrne Smith; nephew Jeff Smith (Lori) and son Brandon; niece Leslie Guerra (Omar) and daughter Libby; and numerous much-loved cousins, and friends.

No service is planned at this time. A Celebration of Life will be held at a later date. Donations in memory of Bob may be made to the ALS Association of Texas at www.alstexas.org .