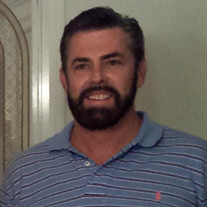 Born September 18, 1968 in Tulsa, Oklahoma to Dean H. and Julie "Kay" (Pearson) Morgan, Roger attended school at Sequoyah Schools, graduating with the class of 1986. He continued his education for a time at college. He had several jobs during high school, Pat's Drive In, Taco Bueno to name a few. He worked for many years at Hillcrest Hospital in Tulsa, working in the insurance claims department.

Roger enjoyed life with his family, he was a wonderful uncle to his nieces and nephews. He attended all of their activities and showered them with gifts. Roger loved collecting antiques and never missed an opportunity to check out an estate sale or market for that great find. He also loved playing the piano and did so for his church.