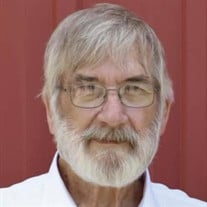 Ronald Dean Legg passed away peacefully on Friday October 22nd surrounded by family.
Ron was born in May 27th1946, and grew up in Jay, Oklahoma. In high school he played football (captain at one point) and ran track. He was also into building race cars and enjoyed bull riding. Ron lived his life to the fullest. He loved to fish, hunt and he took great pride in caring for cattle and other various animals. Ron loved to be outside, he cared very much about his family, and was known to be a very loyal friend. Ron worked extremely hard to take care of his family to ensure they had everything they needed. Ron met his wife Stephanie Legg in Claremore, Oklahoma, and he proposed to her on Christmas Eve. The two were married in front of their fireplace on the property where they would raise their children.
Ronald was preceded in death by his wife Stephanie Legg.
Ron is survived by his children, Ashley (Travis) Nye of Bartlesville & Kelly (Tori) Legg of Verdigris & his Grandchildren, Angelz, Maddi, Abel, James & Jacob.
Any flowers or cards can be sent to Musgrove Marriott Smith in Claremore, Oklahoma.
To order memorial trees or send flowers to the family in memory of Ronald Dean Legg, please visit our flower store.