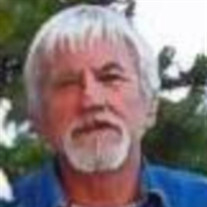 Clint was born to Clyde and Lavaun Marlin on December 20, 1955 in Pryor OK. He was the baby of the family, with one sister and three brothers. He graduated from Pryor High School in 1974.

If you knew Clint, you know he loved dirt bike racing and you could find him most weekends at a track somewhere. He would travel a lot of miles just to see some races!

Clint was preceded in death by his wife Debi, parents Clyde and Lavaun, & brothers Jim & Bill.

He is survived by honorary son James (Whitey) Steward, son Russell Marlin, two Great- nephews Dalton & Dylan Marlin, his fur babies Dixie & Jude, sister Donna Nelson and husband Rich of Claremore, brother Dale Marlin and wife Loretta of Kellyville, and a host of family and friends. Clint will be greatly missed by all who knew him.
To order memorial trees or send flowers to the family in memory of Roy Clinton Marlin, please visit our flower store.