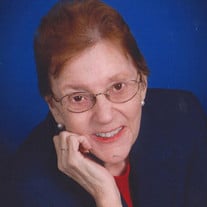 Mass of Christian Burial for Shirley Ann Stone will be 10:00a.m., Monday, June 29, 2020, at St. Cecilia Catholic Church, burial will follow in Highland Cemetery. Friends may visit at MMS-Payne Funeral Home on Sunday, June 28, from 2pm-4pm.
Shirley Stone, 81, of Inola Oklahoma went to be with the Lord, peacefully Wednesday the 24th of June surrounded by her family.
Shirley was born October 6, 1938, in Louisville, Kentucky, in her parents’ home. At that time, the area was very rural, and she grew up living a life in the country, with many pets including barn cats, goats, chickens and dogs. She survived a house fire in 1941, her mother had gone to milk cows, and she was alone in their home. Somehow, she ended up outside before the home burned to the ground. She knew from that point on that she had her own special guardian angel.
Shirley attended Catholic School as a child and graduated from Southern High School in 1956 and began working at JC Penney. In 1957, she met the love of her life, Walter “Stoney” Stone. They were married October 18, 1958. They started their marriage in Louisville but moved several times due to Stoney’s job with the Corps of Engineers. They lived Cincinnati, Ohio, moved to Newburgh, Indiana in 1963, and finally to Inola, Oklahoma in 1970.
Shirley was a stay at home mom until her youngest child entered school. She then re-entered the workforce, working 30 years at Crosby-McKissick as a Human Resources Representative. She became the ‘go-to’ person at the company – and earned the nickname Radar, as she always had the answer before the question was asked. Many have said she was google before there was a Google. She retired in 2005. Despite working full-time, she was an amazing wife and mother, always putting the needs of others before her own. She was a role model for many young women of that era, demonstrating that women could both work outside the home and raise a family successfully.
Shirley was a devout member of St. Cecilia’s Catholic Church since 1970. Her faith in Christ carried her through many illnesses and hardships. She has been quoted saying “Prayer has carried me through the most difficult times in my life”.
Shirley loved traveling, cooking, gardening, reading, and sewing. She was very proud of her shoe collection, which resulted in her own shoe closet inside her home. She made many trips to Las Vegas with Stoney during their marriage. She had many Pekingese dogs throughout her life, until her most recent best friend, Missy, a Japanese Chin moved in. Recently, her greatest joy has been spending time with her grandchildren and great grandchildren.
Shirley was preceded in death by her parents John and Viola Holbert, her son John David in 1978, her husband Stoney in 2004, and her grandson Mickey in 2019.
She is survived by her son, Tom Stone and wife Karen of Sealy, Texas, daughter Lynn Hart and husband Allen of Tulsa, Oklahoma, daughter Robin Chaisson and husband Buddy of Claremore, Oklahoma. She is also survived by her grandchildren J.C. Chaisson and wife Jonna of Claremore, Oklahoma, Bethany Chaisson and fiancé Jacob Erickson of Denver, Colorado, Alyssa Hart and fiancé Jared Tiner of Tulsa, Athena Beams and husband Taylor of Anchorage, Alaska, Johnny Lipowski of Houston, Texas and Shanna Lipowski of Houston Texas. She is also survived by great grandchildren, Dexter Bertsch, Presley Beams, Poe Beams, Emma Chaisson and Finley Chaisson.
To order memorial trees or send flowers to the family in memory of Shirley Ann Stone, please visit our flower store.