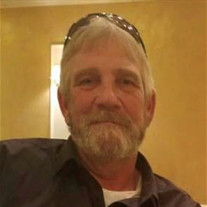 Mass of Christian Burial for Stephen E. Dobias will be held 11:00 a.m. Wednesday, April 3, 2019 at St. Anne Catholic Church in Broken Arrow. Burial will follow at Calvary Cemetery in Tulsa. Visitation will be held at Inola Funeral Home on Tuesday, April 2, 2019 from 1-7 p.m with a Rosary starting at 7:00 p.m.

The son of Charles and Mary Smith Dobias was born January 8th,1960 in Sewickley, Pennsylvania. His childhood was spent in rural Pennsylvania. There he would later attend Ambridge High School. After high school Stephen joined the United States Army. He served until being honorably discharged on January 11, 1984. It was also while serving his country that Stephen met fellow soldier Lisa Hardenberger. The two would marry on July 17, 1984. In the years following, Stephen would earn his AMP license. His career choice would move him several times over the next few years. He worked for places such as Petroleum Helicopters in Louisiana, Rockwell International in Ohio, Lockheed Martin, in Georgia, and McDonnell Douglas in St. Louis, eventually taking a job with American Airlines in Tulsa. He was currently serving his 29th year with them.

In his spare time Stephen had a few pastimes that he enjoyed. He looked forward every spring to raising his garden. He loved being able to raise his own vegetables, and cooking with them for his family on Sundays. When time allowed, he enjoyed watching a good western on television. However, his true love was spending time with his family, especially his grandchildren.

He is preceded in death by his parents, Maryjane Dobias, and Charles and Maryann Dobias, and brother, Charles Dobias Jr.

View and sign Stephen's online memorial at www.mmsfuneralhomes.com
To order memorial trees or send flowers to the family in memory of Stephen Eric Dobias, please visit our flower store.