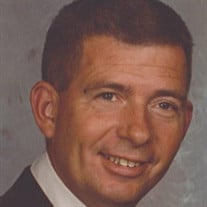 He was preceded in death by his parents; and three brothers, David, Bill and Mike Johnson.

Stephen was a graduate of John Marshall High School in Oklahoma City, Oklahoma. He received two Bachelor’s degrees in Mathematics and Engineering from Oklahoma State University and the University of Oklahoma. He was a jack of all trades and could fix anything. He enjoyed wood working, golfing, and fishing. He loved talking about math or debating over what answer was correct on the Jeopardy game show.

View and sign Stephen’s online memorial at www.mmsfuneralhomes.com .
To order memorial trees or send flowers to the family in memory of Stephen Monroe Johnson, please visit our flower store.