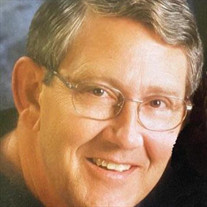 Service for Lee Thomas "Tom" Lehman will be 10:00 a.m., Friday, September 9, 2022 at Washington Baptist Church; burial will follow at Woodlawn Cemetery. Friends may visit at the funeral home on Thursday, September 8 from 2pm-8pm, with family receiving visitors from 5pm-7pm. Tom passed away on Sunday, September 4, 2022. He was 79.

Born August 9, 1943 in Des Moines, Iowa to Leo Louis and Thelma E. (Davies) Lehman, Tom went to school in Des Moines until 12 years old. He trusted Christ at a young age while attending Grandview Park Baptist Church. Tom loved going to the Iowa State Fair and usually attended everyday he could. His aunts and uncles were like grandparents to him and they were instrumental in his raising. His love of baseball began while listening to the radio every game day during the 40's and 50's.

In 1955 his family moved to Vinita, Oklahoma and Tom finished his schooling in Vinita, graduating with the class of 1961. He played every sport available during his time there and was very involved with First Baptist Church young peoples group. It seems the minute Tom crossed the border into Oklahoma he became an OU fan, so it was natural for him to attend college at The University Of Oklahoma. Tom married Linda Baker in 1962, their first date was at the Glass House Restaurant in Vinita. The couple made married housing at OU home for the first few years. Following his graduation, Tom returned to Vinita and worked for his mentor, Bob Haslett at his pharmacy. In 1969 the family moved to Claremore and Tom worked for different pharmacies before opening his own in 1975. For nearly 30 years Tom and Linda took care of folks in Claremore at Tom's Pharmacy. He retired in 2003 only for brief time before taking a job at Hydro Hoist International as manager of High Power Division, retiring after 10 years of service. Tom’s last and most important job was as caregiver to his precious wife of nearly 60 years.

After Claremore became home, Tom and his family attended Memorial Heights Baptist Church and then First Baptist Church. For the past few years he was a member at Washington Baptist Church, where his son pastors. Tom was very civic minded and enjoyed serving in different capacities. He was a PTO leader, a member of the Kiwanis Club, served a term on the Claremore School Board, was a city councilman, and served on the building committee at First Baptist Church. He was a coach and team sponsor at Powers Park and, for many years, his passion was serving as a volunteer at Legion Field. Tom enjoyed fishing back in the day. He was also a big fan of OU Football and St. Louis Cardinals Baseball. Family was most important to Tom and he loved spending time with them, especially those grand kids. Hearing them call him Papa was music to his ears.

A wonderful husband, father, grandfather and friend, Tom will be missed by all who knew him. Those family members that survive include his wife Linda; his daughter Crystal Harrisberger and husband Charlie and his son Charlie Lehman; his grandchildren Wendy Atteberry and husband Kylon, Zach Harrisberger and wife Bekah, Emily Vasami and husband Joseph, and Audrey Harrisberger; his great-grandchildren Beckett Atteberry, Hudson Atteberry, Truett Atteberry, and Dean Harrisberger. Tom was preceded in death by his parents and his aunts and uncles, Charles and Manila Harban and Ray and Myrtle Davies and cousin Beverly Trimble.
To order memorial trees or send flowers to the family in memory of Tom Lehman, please visit our flower store.